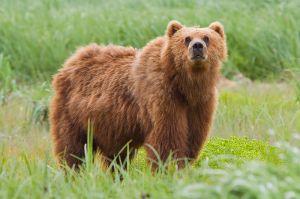 Not too long ago several cable television channels provided an educational medium that could be trusted to provide compelling and truthful information about nature and history. The History Channel, The National Geographic Channel, Discovery, and Animal Planet used to be networks that provided high quality and fact based programming that you could pretty much guarantee was well researched, accurate, and void of sensationalism. Today those networks have strayed far from what used to make them so compelling and educational. Since the middle of the last decade the once educational programming on these channels have been gradually replaced with sensationalist “reality” type programming often based upon the lowest common denominators within our society.

A prime example of this demise is what has happened with the former “History” Channel. What once used to be the premier outlet for well researched and produced historical based documentaries is now home to sensationalized programming featuring pawn shops, conspiracies, and various forms of animal cruelty exhibitionism. The worst example of this is the “History” series called “Swamp People.” While at my health club I have seen what this program entails on the overhead televisions several time. How much is “reality” I am not sure but from what I have seen this program features highly uneducated people going through the Louisiana swamps hooking and ruthlessly executing alligators over and over and over. Apparently this is what passes for entertainment in modern America because the program consistently receives high viewership.

Not content showing just alligators being tormented, the “History” channel also produces an even more deplorable series with animal cruelty at its foundation called “Mountain Men.” This past weekend I had the “pleasure” of seeing a “marathon” of this program being broadcasted on one of the televisions at my health club and I was horrified. This program  consists of bearded and camo clad men pretending that they are some kind of modern day Daniel Boones trampling through the “wilds” of Montana, Idaho, Alaska, and North Carolina while attempting to hound, trap, and shoot mostly predators apparently for profit. Because as we know all rugged “tough guy” “mountain men” need camera crews to follow them around and record their animal killing exploits while they are “living off the land.” One scene in particular showed one of the bearded “mountain men” standing on a rocky outcropping gazing into the distance while apparently being filmed from a helicopter. Because nothing says “rugged individualist” like looking as though you are in a Bon Jovi video (go to the 4:10 mark). In between all the camera tricks and fancy editing the “mountain men” were busy snuffing out wolves, cougars, bobcats, and whatever else they could kill for their primetime snuff program and profit. After viewing this piece of garbage I thought that a new low point had been reached for this channel, but I was wrong.

“Twice a year, on the rugged island of Kodiak, Alaska, a select group of hunters head into the wilderness for the ultimate test against the elements and the largest land predator on Earth–the Kodiak brown bear. Narrated by James Hetfield, the voice of Metallica, The Hunt is an eight-episode series that documents one of the most dangerous pursuits known to man.
Bear hunting on Kodiak goes back millennia, tracing back to the early Alutiiq people who sought these enormous creatures to provide food and raw materials. Today, the bear hunt remains a cultural fixture on Kodiak and is crucial to the delicate natural balance on the island. Strictly regulated by the Alaska Department of Fish & Game, every year thousands of hunters apply for one of 496 tags that are given via a lottery system. While Alaskan residents may hunt by themselves, outsiders must hire seasoned guides who are experts in both the Kodiak brown bear and the island terrain. At the root of their craft, these guides have a profound reverence for this animal.
The average Kodiak brown bear hunt is ten days, most of which are spent living off the land with only the supplies carried on the backs of the guide and hunter. During that time, expeditions trek miles of treacherous terrain, often enduring ferocious weather changes that can become extremely dangerous at a moment’s notice. The game they’re hunting can grow to be 12 feet tall, 1500 pounds, and are armed with razor sharp claws and powerful jaws. The Kodiak brown bear also possesses an eerie elusiveness and a sharp intelligence that is not to be underestimated. They have the ability to blur the lines between the hunted and the hunter.
Most of the hunters look at Kodiak as the hunt of a lifetime, yet less than half walk away with their tag filled. While getting a bear is no easy task, most hunters still value time-honored traditions by hunting with bow-and-arrow, black powder single-shot rifles, and/or use the minimum amount of technology possible. Honoring the animal is paramount and taught to all hunters who come to the island. Hunters have an ethical and legal responsibility to strive for clean kills that is taken very seriously. There are pages of stringent regulations they must follow that ensure respect for the animal and the land.
Brown bear co-existence with humans on the island is a delicate balance yet is regarded as one of the most successful conservation efforts in the world. Most hunters go after adult males, or boars, who when food is scarce are known to kill and eat cubs, as well as cause trouble near populated areas. Aside from population control management, bear hunting is also vital to the economic viability of Kodiak. Hunting permits help pay for the conservation protection of the animals’ habitat and preservation conservation of their species for generations to come.”
What a nice fluffy backdrop again perpetuating the myth that trophy killing is “conservation.” I used to be a huge Metallica fan until they released their abomination called “Load” in 1996. I was also disgusted when I found out that singer/rhythm guitarist James Hetfield was a trophy hunter. But in 2009 I had a new level of respect for him after an interview that he gave to Guitar World Magazine where he came to the realization of what “recreational hunting” is and how he appeared to have sworn it off.
GW You came across as this taciturn mountain man.
HETFIELD A lot of it had to do with me proving my manhood to myself and a lot of the things that I felt my dad didn’t teach me—like working on cars, hunting, survivalism. Things like that. I really felt that I had to go and learn those things and prove to myself that I’m okay, that I can do it. My dad was like that.
GW Do you still go hunting?
HETFIELD Nowadays it doesn’t feel necessary, killing things just to kill them. I’m not against hunting, but it doesn’t seem as necessary as going 150 miles an hour in my car now. [laughs]
GW What changed your mind?
HETFIELD We went hunting in Siberia. This was just before I went into rehab, when I fell off the wagon majorly. I’ve got a wife and kids at home, but I was like, “See you later, I’m going to Siberia.” I went out on the Kamchatka peninsula, hunting grizzly bear on snowmobiles in four feet of snow. You fall off the snowmobile, you’re done. I saw a bear print and it looked pretty human [to me]. I saw something in that that didn’t make much sense to me. We were in this four-foot high chicken shack in the middle of nowhere, four-hour helicopter ride out of this shitty little town, drinking vodka. There was nothing else to drink. That was the end for me.”
Apparently now Hetfield thinks it’s perfectly acceptable to narrate a program glamorizing trophy bear killing. Why the shift? $$$$$ perhaps? Any respect that I had reacquired for this man is now long gone and just when I thought this channel could not go any lower they do and then some.

But the “History” channel is not the only network showing these kind of disgusting wildlife snuff programming. The once outstanding National Geographic Channel has also dove into the gutter with their own snuff programming like “Life Below Zero.” Another example of “rugged individualists” being followed around by camera crews while they kill wildlife to “survive.” Really? This passes for “entertainment” today? With all of the outrage following that ridiculous Animal Planet program about “killer man eating wolves” I am quite surprised that there is little to no outrage about the exploitative and sensationalist wildlife snuff garbage being produced by television networks that were once legitimate educational outlets. It’s time to hold these channels accountable for the garbage that they are producing.

Here are the network contacts:

Send comments or questions regarding our television programming to feedback@natgeotv.com or call +1 202 912 6500.

Please contact these networks and let them know what you think about their wildlife snuff programming. In the meantime there is still Smithsonian and PBS for quality educational wildlife programming. We can only hope that they do not turn to the “dark side” and begin to produce sensationalist animal cruelty based garbage like the others have.