Wisconsin, the only state with a program that compensates the owners of dogs killed by wolves while hunting other animals, has paid tens of thousands of dollars during the past decade to individuals who have violated state hunting or firearms laws.

Seven individuals received a total of $19,000 in payments after they were convicted of crimes or paid forfeitures for hunting or firearms-related offenses, according to an analysis by the Wisconsin Center for Investigative Journalism. An additional $20,000 went to four claimants who were subsequently fined for such offenses, including bear hunting without a license.

This was from prior to the article public date of January 2014. In April of 2017, not a thing has changed. While pouring over the data for the 2016 hound “depredation” payouts some details stood out. Six of the 48 “claims” were paid to hounders from Minnesota. Five of those were to people with the same last name. Some of the names listed are also repeat claimants. The most striking thing that we were able to uncover was one hounder in particular that apparently has quite the criminal history, including open charges for bear poaching and resisting a warden, recieved $5000 from the DNR for 2016 “depredations.”

Surprisingly one of the claims that this hounder, Mike Wood of Amery, WI, made was denied. Two others that occurred on two separate days were paid out at $2500 each. Upon digging deeper we were quite alarmed to find that a Mike Wood of Amery, WI has quite a serious criminal history. These are the most recent charges obtained from the Wisconsin Circuit Court Access system. 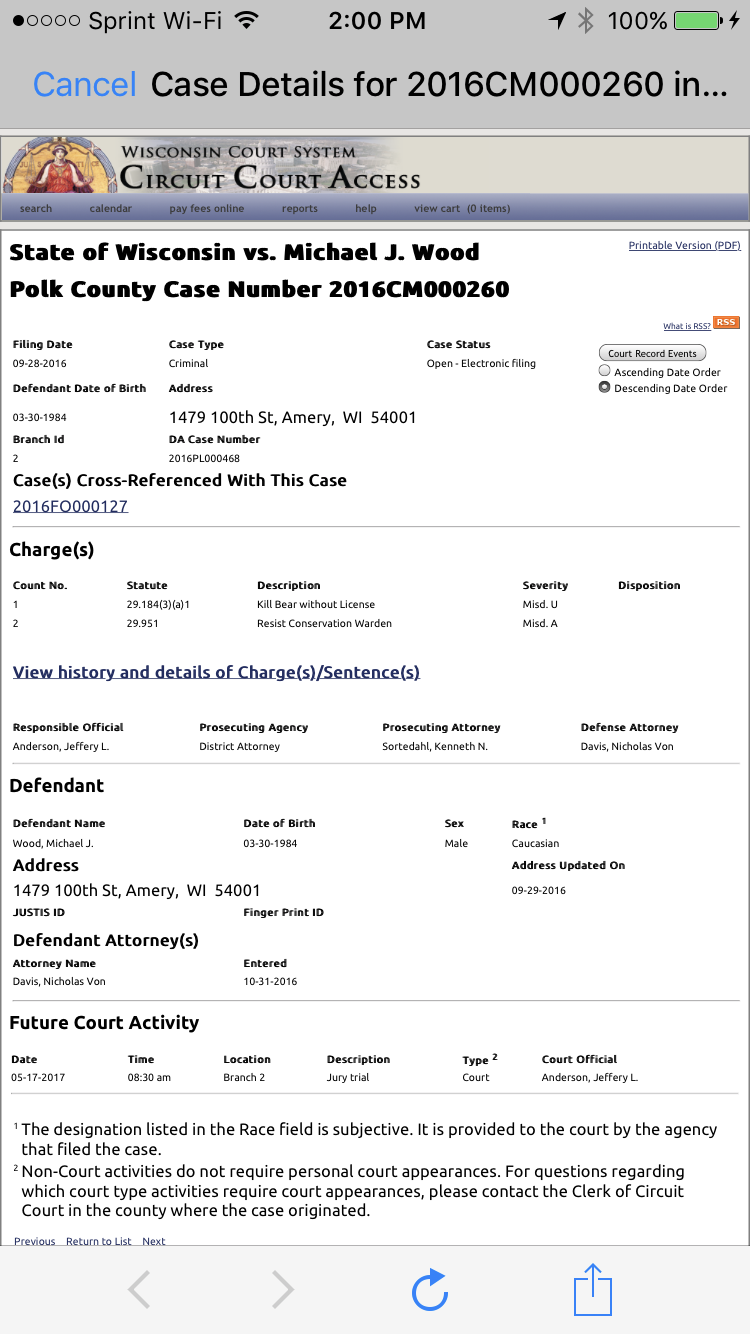 As bad as these charges are, they pale in comparison to the charges that this subject was convicted of in 2009 in Bayfield County. 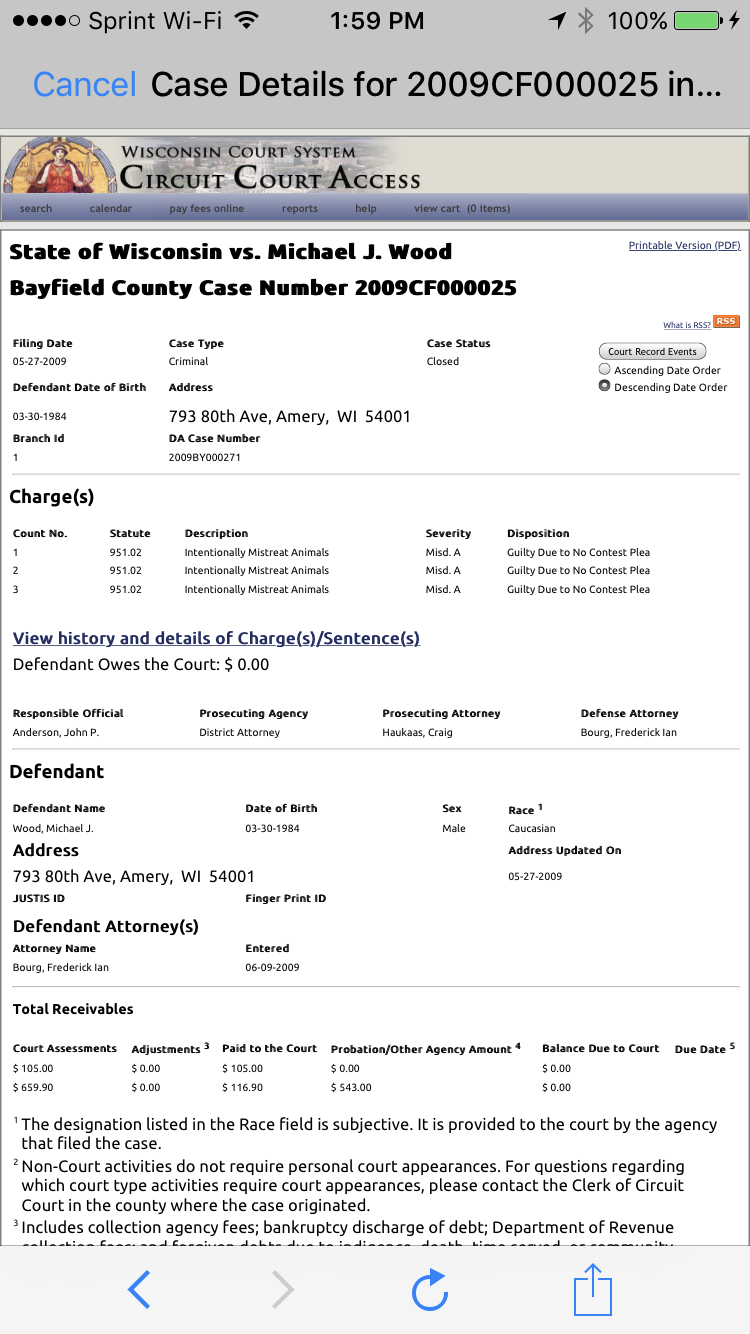 Assuming that this is the same Mike Wood from Amery, WI, we find it quite alarming that a person convicted on THREE counts of Intentionally Mistreating Animals in 2009 and that is currently out on bond for charges of poaching a bear and resisting a warden, received $5000 in hound “depredation” payouts from the DNR in 2016. Bill Lueders raised the alarm about this in January of 2014 and over three years later Wisconsin continues to reward convicted criminals and wildlife violators for their reckless behavior. This is on top of the hounders that have received multiple payouts year after year. With the elimination in 2015 of the “Class B” bear hound training licenses Wisconsin no longer has any permit requirement for hounders. Any hounder, from anywhere in the world, can come to Wisconsin and run their hounds against wildlife under the guise of “training” and get paid $2500 for each dog that is allegedly killed by a wolf.

Have we had enough of this scam yet Wisconsin?