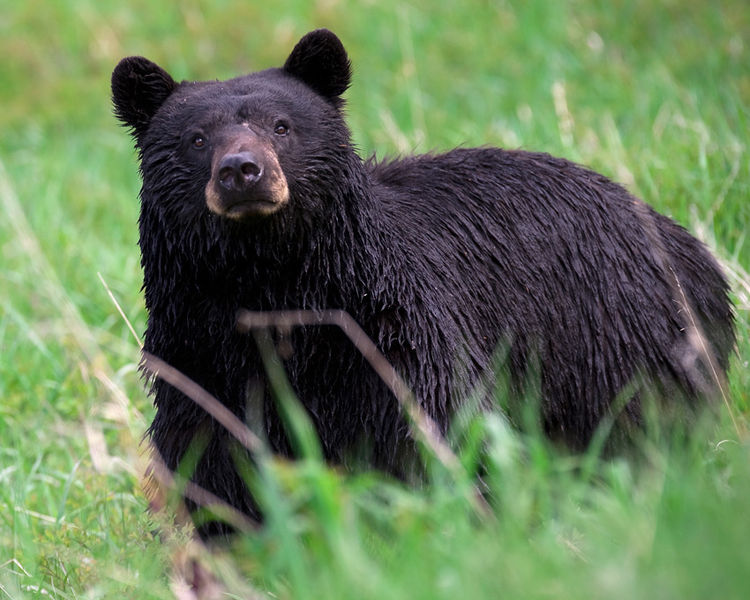 What is the secret?

Baiting bears begins April 15th and continues until bear hunting season ends around mid-October. Baiting is allowed in Wisconsin 145 days before the bear hunting season begins. This means unlimited bait sites, 10 gallons per site, to total six months of junk food to condition bears each and every year. Anyone may bait bears as long as they are not fed for viewing purposes. Baiting is also used to train bear hounds beginning July 1st. Packs of up to six, usually GPS-collared hounds, are used for dog training by releasing them at bait sites. In 2016; 41 hounds were killed; mostly by wolves as hounds were released at bait sites to chase bears. Wolves also bring their three to four month-old pups to bait stations that are often near their rendezvous sites. Protective wolf parents often are forced to attack marauding hounds to protect their pups. Wisconsin is the only state which compensates hounders for hounds killed by wolves. Each hound death amounts to a $2500 payout for the hounder along with any veterinary fees for injured hounds. Wolves are often targeted with very real threats of retaliation from bear hounders for the deaths of their hounds despite the monetary compensation. Hounding bears began in Wisconsin in the 1960’s. No license is needed to hound bears in Wisconsin. No permit is needed to bait bears in Wisconsin. Michigan also hounds and baits, but in 2015 only five hounds were killed in Michigan compared to 23 in Wisconsin. An MTU study was even done to sort this disparity out. The conclusion was the number of hounding days allowed, excessive baiting days, and the generous reimbursement created the difference and likely exacerbated the conflicts between hounds and wolves.

So how does this affect me?

Baiting has already to come to your neck of the woods. You just might not be aware of it. Baiting is allowed throughout most of the state even in the Chequamegon-Nicolet National Forest. Each baiter averages 437.4 gallons of donuts, frosting, pie filling, jam etc. in a season. Spread that around Wisconsin and you have a lot of bait spread over our public and many private lands. 4.6 MILLION gallons worth.

Do other animals feed at bear baiting sites?

Deer, raccoon and other animals have been documented feeding at these bait sites. Congregating wildlife increases the risk of disease transmission and human scents becomes associated with food causing wild animals to lose their natural wariness. Other concerning factors related to baiting include law enforcement receiving complaints of nuisance bears, trespassing hounds (often miles ahead of the hounders), baying hounds at night, and abandoned hounds. Mother bears often do not bring their cubs to bait sites and bear cubs may be orphaned as their mothers flee packs hounds. The bears are often running miles for several hours in the heat of summer. The mother bear may never be able to return to her cubs potentially causing the orphans to die of starvation.

Is it possible to for wildlife advocates and hunters to agree on a bear baiting resolution limiting days of baiting & number of bait sites?

Does the Wisconsin Conservation Congress have the ability to make policy changes?

I have attended the Spring WCC meetings for around  20 years. I have vied for the position of a WCC delegate four times and was not elected. I have proposed two resolutions which have passed. I view this as my opportunity to represent the voiceless of Wisconsin-our wildlife. The WCC is a citizen advisory board to the DNR. They are tasked to represent Wisconsin ALL residents regarding matters of wildlife, land, air, and water. Unfortunately, the annual WCC hearings are very poorly attended by citizens other than hunters, trappers, and fisherman. Most questions voted upon are meant to enhance fishing, trapping, and hunting opportunities with WCC delegates most often representing the above listed special interest groups. A resolution voted for in the Spring Hearing will be taken under consideration by two WCC committees, the DNR, the Natural Resources Board, and finally may be subject to legislative action. When a proposal reaches the level of legislative action Wisconsin has a history of allowing undue influence from lobbyists representing but not limited to various hunting groups such as The Wisconsin Bear Hunters Association, the NRA, and big agriculture entities such as the Farm Bureau Federation among others. Change does not come easy.

How many states allow bear baiting?

Bear baiting is illegal in 40 states. Bears are hunted in 27 states; 17 states allow hounding, and seven states including Wisconsin allow both hounding and baiting. Michigan allows three bait sites per hunter with baiting occurring 11 to 30 days prior to the bear hunting season. Minnesota allows baiting 14 days before the hunting season at three permitted sites per bear hunter and does not allow hounding. In recent studies only 27 percent of Americans approve of hunting over bait. It is also believed baiting increases bear litter size.

So, what can I do about it?

We are at a tipping point in Wisconsin with a greater number of bears, baiters, hounds, and bear hunters on the ground than ever before. People need to tell everyone that they know what is really allowed here in Wisconsin. Talk to your local DNR wardens and legislators. You can also contact Dave MacFarland, the DNR’s carnivore specialist at 715-365-8919 regarding questions about ho Wisconsin “manages” predators.  Many residents and even hunters are unaware of the baiting situation. Perhaps when a comment is made about a bear roaming around a city or backyard let people know bears are baited for six months of the year and may be looking to keep that reliable food source coming. Maybe you will hear someone sickened by the hounds that are killed by wolves. That would be a prime opportunity to let them know the wolves side of the story. Perhaps deer hunters are lamenting over deer baiting bans. Try to make them aware that despite deer bait bans that bear hunters are still allowed to bait despite documentation that deer will appear at bear bait sites. The secret must be told…

Diane Cain is a small business owner, registered nurse, and a strong advocate for our wildlife and wild lands. Diane grew up on a Wisconsin dairy farm and currently lives on a small farm of her own.